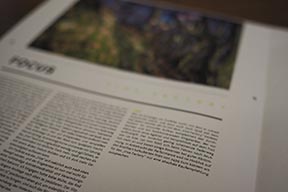 “Mountainbike Rider” put the VICE Factory through its paces and ultimately said that it was an absolute must-buy. The key point for the testers was that the VICE has far more potential than the suspension travel would have you believe. You feel nothing but pure joy while riding this bike.

“The modern geometry with short chainstays, a long reach and a short stem makes me feel so safe that not only do I forget the suspension travel is just 120/130 mm and not much longer, but also that I can ride at breakneck speed just like I normally would when going downhill.”

The test crew also had this to say about the frame:

“No carbon, no deflection lever, no frills – the ‘Vice’ focuses on the essentials and makes them damn good. The classic single-pivot rear triangle harmonises perfectly with the fork, thus scoring top marks particularly due to its performance as opposed to details such as internal cable routing, frame mudguards and complicated designs in the deflection area.”

Verdict: The “Vice Factory” is perfect if you’re a beginner looking for a trail bike that you can quickly make progress but still have fun on. A sensible design completes the sophisticated single-pivot bike, which offers outstanding functionality and triumphs on the trail particularly due to its agility and playfulness. The 120 or 130 mm suspension travel, which seems short to begin with, feels considerably longer while riding and offers some reserves with good coordination. We reckon that the “Vice Factory” is an absolute must-buy when you consider its performance and its bargain price of €2,499.

The complete test report can be found in Mountainbike Rider #191 2/17.