In The Heart Of The Dolomites

By Fabian Scholz
MORE ON THE FOCUS SAM

What do Enduro professionals do in their spare time? Mountain biking, of course. But with a difference – as the video shot by our Focus Trail Team shows. When it's not about results … Germany's Enduro Champion Fabian Scholz tells the story behind the inspirational video.

At 4 a.m. the alarm clock tears us from our peaceful slumber. In three hours we have to be on the starting line … Hold on a moment! The last race of the season was last weekend. Then it dawns on us – we're in Wolkenstein, in the heart of the Dolomites. Not to race, but for pleasure. But we still need an early start because we've set ourselves quite a challenge.

Half an hour later, Tobi, Markus and I are sitting on our FOCUS SAMs, with our Lupine lights set to full power, and are climbing the first mountain. We seem to be the only people out and about at this hour of the morning, but then we discover a few climbers on the mountain opposite. They too are using lights and are already near the summit. Two hours later we've made it to the top, and can enjoy the sunrise and the first warming rays of sun. After a quick snack to keep our strength up, we follow the call of the trail. After all, our target is to complete the Sella Ronda. Not by the standard route, of course, we want to ride as many single-track trails as possible. In preparation, we got the people at Hotel Linder to describe the best route to us.

The first descent takes us along a flow trail from the Gardena Pass direct to Corvara. In the meantime, the lifts have opened, so we take advantage of them, and a short time later, we reach the summit of the Col Alt. It isn't actually on our route, but we couldn't resist it. An extremely technical trail – almost like mountaineering on a bike. In fact, some sections prove impossible to ride, and we even struggle on foot. But on the lower section, all our effort is rewarded with a soft forest floor and smooth curves. After this successful mission, we can relax as we leave Corvara behind us. And already we're sitting in the next lift on the way to our lunchtime destination via the Campolongo Pass. Theoretically we're in Italy, but most of the region actually belongs to South Tyrol. So, of course, we dine not on spaghetti but a generous portion of Knödel and Schlutzer, Tyrolean specialities comprising filled pasta parcels and delicious dumplings. We finish with a traditional dessert of Apfelstrudel, and when we hit the next trail, we soon notice that we're not taking the bends quite so smoothly after our culinary indulgence. But there's no time for a siesta because we've still got a good few miles ahead of us.

On arriving at Canazei, we climb into an impressive cable car that you could easily imagine featuring in a James Bond movie. In next to no time, it takes us up to the Col Rodella, where the Kuscheltrail awaits us. Left and right, the trail is bordered by dense swards of grass reaching up to bottom bracket height, which it is all too easy to get caught up in. No doubt it would make for a soft landing, but fortunately we manage to negotiate the trail without having to test it. We then set our course back to Wolkenstein, where we end the day by relaxing with a well-earned cold beer. So you see, Enduro is not just about racing, but also experiencing nature close-up on your bike.

OUR TEAM
USED THE FOCUS SAM 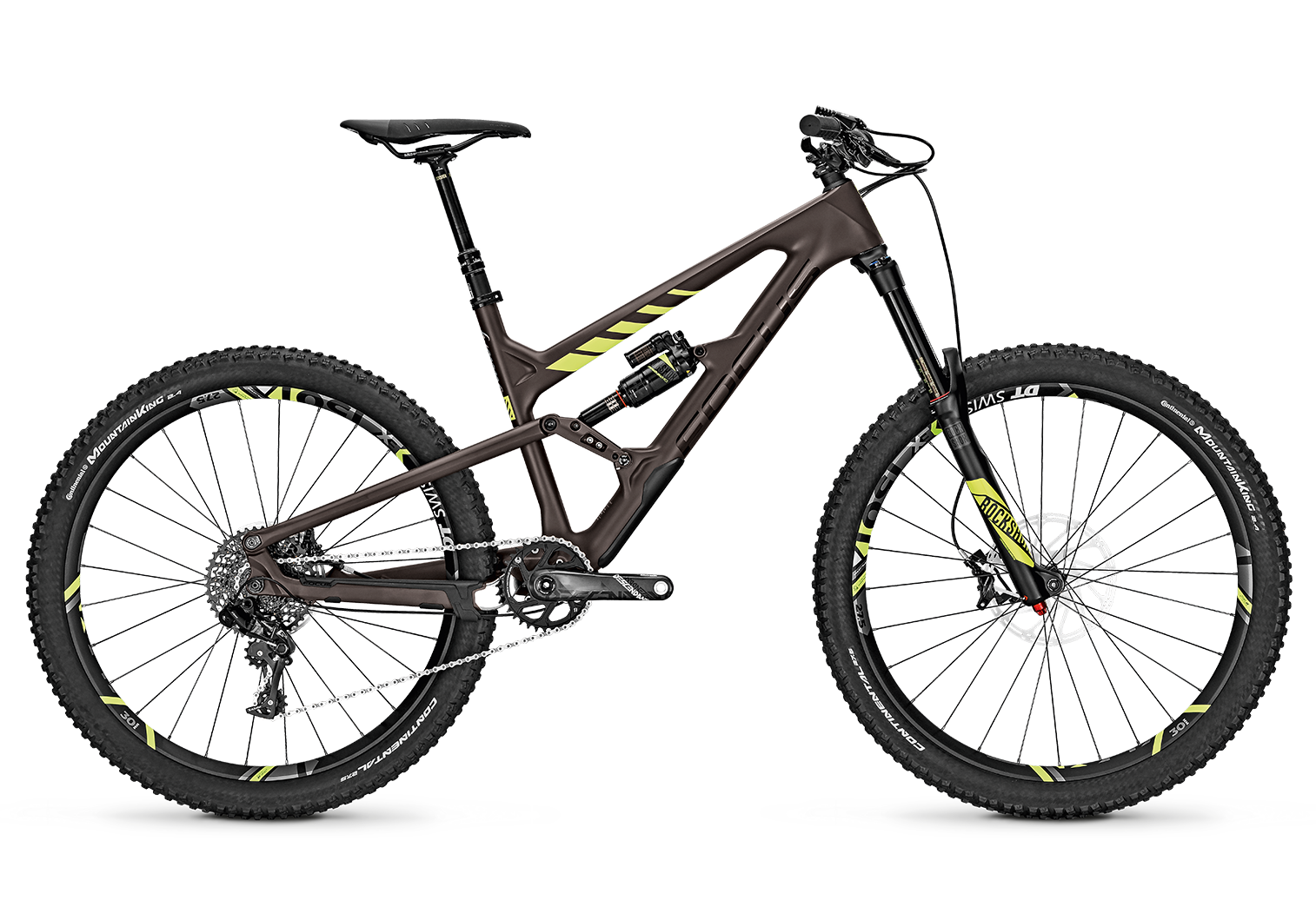